What Lives in the Marsh 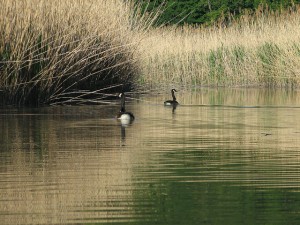 Canada Geese among the Phragmites in the Piermont Marsh

The Piermont Marsh plant community is dominated by an invasive species of a plant called Phragmites.  This European variety of a common plant was probably introduced to North America by accident (early European sailors used it as packing material in the cargo holds of ships and then discarded it when they unpacked at their destination); and it has been spreading throughout the region.  The invasive variety tends to out compete other plants and the reduced diversity in the plant community supports a reduced population of other kinds of species that live there.  That said, the Marsh does support a large community of plant, animal, bird and aquatic species.

The Cornell Lab of Ornithology maintains a list of bird species that have been sighted by citizen scientists (the author included).  You can find that list, here: https://ebird.org/hotspot/L3024990.  The highlights include bald eagle, osprey, belted kingfisher, peregrine falcon, herons, egrets, canada geese, red-winged blackbirds and various types of ducks.

Aquatic species of note include diamondback terrapin and snapping turtles, as well as a large community of fiddler crabs, atlantic mud crabs, blue crabs, eels, snails, grass shrimp, and fish, including menhaden, sliversides, mummichog, as well as many other aquatic species typically found in a salt marsh in this area.

The marsh is also important to many mammals in the area, including muskrats, who make their homes directly in the banks of the many channels which wind through the wetland. 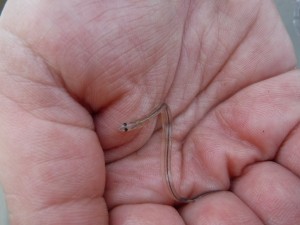 The author of this site holding a Glass Eel as part of an eel monitoring project with the DEC.

Visit the wildlife photo gallery on this site to see pictures of some of the many creatures that inhabit the area in and around marsh.

The Department of Environmental Conservation has a plan to rehabilitate the Piermont Marsh by eradicating the Phragmites and allowing the re-growth of a more diverse plant and animal community.  More information, including a link to the draft plan, can be found, here: https://www.dec.ny.gov/lands/92365.html.  Many members of the Piermont community, which includes several eminent scientists from Lamont Doherty Earth Observatory, are concerned with the plan, including the proposed use of the herbicide Glyphosate to kill the Phragmites.  You can find out more about their concerns through the detailed response of several Lamont scientists, here:  http://www.ldeo.columbia.edu/users/menke/talks/consensus/ConsensusStatement.pdf 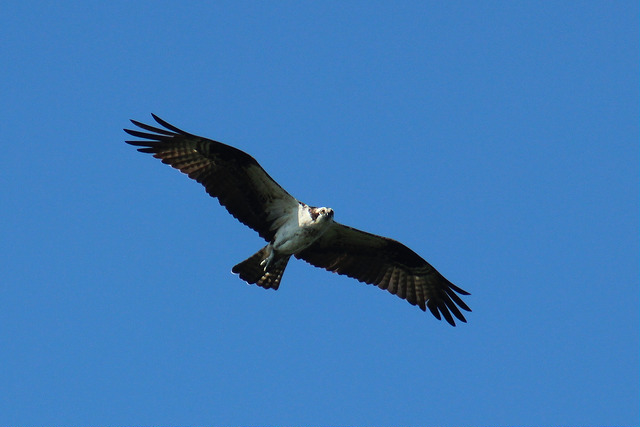