About the Piermont Marsh

The Piermont Marsh is a brackish tidal marsh located in the Hudson River Estuary near Piermont, New York.   Let’s break that down a bit.  A marsh is a wetland that has mostly soft plants, like reeds and grasses (as opposed to a swamp, which has more woody plants).  A “brackish” marsh means that the water is somewhat salty.  The area has far less salt than the ocean, but too much salt for many fresh-water species to survive.  The marsh is also tidal, meaning that twice a day, the area is flooded by the rising tide, and is dry during low tide, twice a day.  Many species cannot survive in such an environment that is what makes the area special and unique. 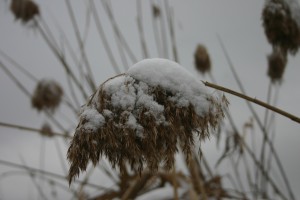 The Piermont Marsh is one of five remaining salt-marshes in the entire Hudson River Estuary.  These areas are important habitat for a variety of creatures from migrating birds to breeding fish.  The Hudson River Estuary is home to several endangered and threatened species, such as the Atlantic Sturgeon.  In addition, many other species depend on wetland areas, like the Piermont Marsh, to survive at some point in their life cycle.

Marshes also provide a variety of functions for humans.  They can absorb flood waters, and they trap marine debris of all sorts (the Piermont Marsh is full of discarded plastic, tires and other garbage).

In addition, the water quality of the Sparkill Creek – whose waters feed the marsh – is lower than it should be, all the way up to the creek’s headwaters in Blauvelt State Park. It is possible that leaky septic systems high up in the watershed are lowering the overall quality of the water in the creek.   You can access Riverkeeper’s data on the creek from this link:  https://www.riverkeeper.org/water-quality/citizen-data/sparkill-creek/. 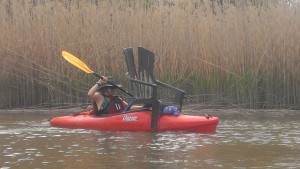 Andrea Siegel, of Tappan, using her kayak to haul a broken plastic chair out of the marsh.

Other human activities continue to threaten areas like the Piermont Marsh.  Sea-level rise and increased storm intensity due to climate change have already impacted the marsh to some degree and are expected to worsen over time.  The marsh is low and flat.  If the sea level rises even a foot or two, as the climate changes, that could destroy the entire marsh. The population density and traffic in the areas surrounding the creek and marsh continues to increase, further threatening the wildlife that lives there.

Simple things you can do to help, include picking up any trash you see and never littering.  Trash even far from the marsh can wash into the area after a rain.  Keep Rockland Beautiful sponsors clean-ups from time to time in the area. Join one, if you can. 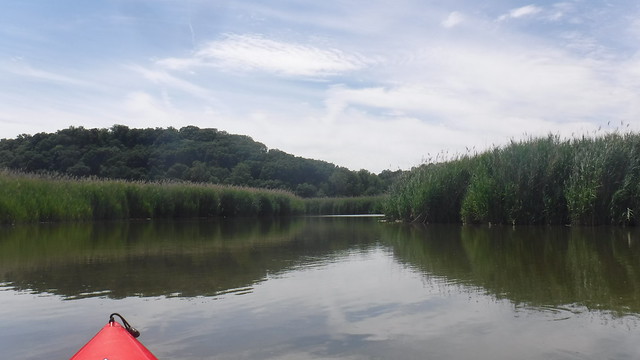